In the Time of Love

A short story about life’s most complex arrangement – loving another human being. 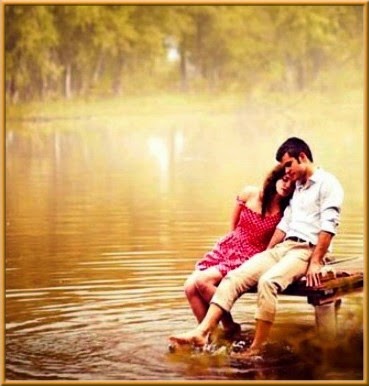 It was the dog days of summer, the heat and humidity of July causing even the most motivated to sink into lethargy, sulky and brooding. Jill was a fine example. She lay stretched out on the sofa of her grandmother’s back porch shaded by two huge old maple trees. She was trying to finish one of the ten books she needed to read before her junior year in Literature began in September, but she was distracted. The heat had stuck her T-shirt to her like a second skin and her naturally curly hair now looked like Orphan Annie’s, but today she hardly noticed. She doodled on her legal pad where she had been taking notes on Ulysses. She drew a big “M” thickening the lines with each pass and thinning out to curlicues on the ends. She spoke her thoughts to the steamy air, “What has happened with him?” The him referred to her boyfriend of two years. Matt and she had seemed such a great fit she thought. They had the same sense of humor, the same dreams and seemed so compatible. Then he got a grant to work on a science project this summer and rather than encourage her to stay and seek work in the adjacent town, he suggested they take the summer off.

“Off from what,” she asked confused.

“No I don’t know.” She could feel her stomach knotting up.

“Sometimes it’s good for two people to have a break from each other.”

“Explain to me why? I’m not seeking a break from you. So that seems to leave you who need a break, I guess, from me. What’s going on?”

“I thought we were enjoying each other, that we both liked being together. How did I get that wrong?”

“I just need some space that’s all…” each word accented by his frustration. His face twisted in annoyance as he shoved himself away from the table with a force that pushed the table toward her. Somewhere between apologizing or being miffed, he chose to walk out with no reply.

That night, Jill packed up her belongings, loaded them in her friend, Judy’s car and left school for the summer holiday. She asked Judy to drop her off in another small college town where her grandmother lived. Jill, a child of divorce, found living with her grandmother the best of her options. So late that same evening, she unloaded her belongings into her attic bedroom at her Granny Bette's and prepared to live there for the summer, alone.

***
Jill got up from the sofa, picked up James Joyce’s heavy tome and walked back into the house to find Granny Bette in the kitchen. She stood in the doorway staring at Bette. She hadn't noticed before just how young-looking this 62 year-old semi-retired English Lit professor was, but she had noticed how enigmatic. Usually old people walked about embarrassingly unmasked for Jill, like they didn't care anymore what you noticed about them.  But Bette, she displayed an air of dignity that made Jill comfortable in her presence.

Bette turned from the stove where she was making curry and stared back at Jill. “Is it Ulysses that’s proving in tolerable or just life in general?"

Jill smiled, the kindness in Bette’s eyes softening her frustration.
“Life is beginning to make Ulysses look like child’s play.”

Jill chuckled this time, then asked, “Granny Bette, what do you know about men?”

Jill didn't know where to start with that reply so she stuck to her present problem. “Matt says he needs space. I don’t understand that statement. Why would someone need space?”

Without a pause, Bette starting reeling off the reasons. “Possibility one, the most obvious, he’s flirting with another relationship. Possibility two, he’s getting nervous about the seriousness of his relationship with you. Responsibility scares him. Possibility three, he’s a cad and a liar. Let’s hope that isn't the case. Possibility four, he’s a dolt who truly can’t separate uncut gems from beach pebbles.”

“How many possibilities are there, for god sakes?”

“You don’t really want an answer to the question, do you?”

“What scares me most is that I never saw any of this coming. Am I that obtuse that I actually thought we were in love with each other, only one of us wasn't? What are the rules here? What about fair play?”

Bette considered her, studying the face of this sensitive, dark-eyed young woman. She reminded Bette of herself at that age, a believer in goodness rewarded, but she knew Jill’s understanding of men and women in love, however, was a fool’s tale at best.

“Dear girl, there is no greater treachery than the affairs of love. Anytime humans are attempting to complete the cosmic equation of one plus one equals one, stresses and strains abide. It’s then that each participant’s true character is revealed, often as surprising to oneself as to the other. Which way do they lean under pressure – toward kindness and tolerance, inflexibility and control, blame and judgment or do they just jump ship?  It’s the ultimate gamble.”

“Is it worth it? I mean what’s the point if it’s so difficult and the odds seem against you from the start? You’re single and your life looks full and satisfying.”

Jill stopped dead when Bette said that. She suddenly realized she didn't know the first thing about Granny Bette’s life other than the obvious.