Another short story, this one about how disasters are rarely a result of what they seem to be. 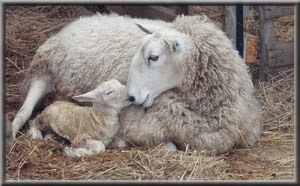 Her hand reached through the blackness of the bedroom, hit the buzzer button after just one buzz and wearily slid back off the clock to hang limply over the edge of the bed. Lucy forced her eyes open to see the only thing visible in the room, the clock face indicating 3:00 AM. She dragged her weary body out from under the covers and was reminded of the temperature they suffered every winter in this wreck of an old house as she pulled the jeans on she’d left lying on the floor when she went to bed only hours earlier. They dragged the cold up her legs and over her butt as she gritted her teeth and shivered. She stuffed her long underwear shirt down in them to get something warm against her stomach again. Her wool socks were already on her feet which was a blessing, and she loaded a cotton turtleneck and then heavy wool sweater on top of it all. Her mate slept through her dressing, since his shifts were midnight and 6:00 AM. She always did the 3:00 AM shift, just that one, but the one the ewes were most fond of employing when it came time to birth their lambs.

The kitchen was a smidgen lighter, as the yard light entered the uncurtained windows but was checked by the coating of ice that encased them from the outside. Lucy next pulled on her quilted coveralls, laced up her snow boots, put a wool toque on her head and finally pulled on her parka. Her last act of dressing was sliding her hands into two sets of mittens – wool inners, leather outers. She took a breath, opened the porch door, and stepped into the porch the way astronauts step into their airlocks, only air was not her problem, cold was.

Sometimes at that hour of the morning she would be treated to the aurora, a waving curtain of brilliant colors in the deep darkness of a subarctic night. This night, however, was just dark and cold. She walked up the driveway, the dry snow squeaking loudly with each step. She went up around the log barn full of month-old lambs as yet unweaned and down a path worn in the grass and dirt from years of taking this same course.

As she entered the lambing barn, her hand crept up the wall to the light switch overhead. It was utter pitch in that barn, and she didn't take one more step until the light was on. You never knew where a ewe would pick to lamb. As the room brightened, the ewes in their lambing pens, which were against the walls and ringed the room in orderly succession, blinked and squinted until they too adjusted to the light.

Lucy stood scanning the center section where they ewes awaiting birthing had free run in the thick, clean straw. She always left the radio on CBC, the only station available to them other than the local one which had been off for hours, as she felt the voices and music kept the ewes company. Their sheep were used to human contact and appeared to find it a calming and protective influence in their lives, so she thought the radio was good for them.

As she looked to see if any ewe had lambed or was in the process, she heard the DJ, as part of his late night chatter, talking about the upcoming Challenger shuttle flight later in the morning. He was recounting the number of setbacks this particular launch had experienced so far. She paid it little mind as she heard a ewe in the far corner talking to her as yet unborn lamb, maa-ing out her foreknowledge as to what was about to happen. What it meant to Lucy was she wouldn't be getting back to bed for a while.

She checked to make sure the new born lambs and their mums  in the pens around the wall were fine. She picked up the occasional newborn to snuggle  against her cheek, smelling its fresh soapy scent, and tickled by its tiny lips that keep searching every inch of her face for something that might yield milk. She laughed softly at their determination dear and gentle as it was.

The ewe was now pawing the straw, bunching up a nest that she would soon lie in. Lucy slide down the wall into the soft straw herself and waited.

Once again the music stopped as the DJ offered some further difficulties with the shuttle. He was talking about how cold it was in Florida that morning.

She snorted. “Cold, she said, “What could they possible understand about cold?” She was accustomed to talking out loud as hers was a quiet world with few human interactions across the course of any day. Sometimes she’d treat the sheep as listeners and tell them about what was troubling her, or the jobs she had to get finished that day or ask them about their day, with her filling in possible answers. She loved sheep, their benign, joyful natures, and enjoyed their company. A ewe not ready to lamb, wandered around the room looking for tidbits of scattered alfalfa leaves, and then approached Lucy, moving up close enough to touch nose to nose. Lucy scratched her ears until the ewe decided to trundle on.

The DJ, obviously wanting someone to share this compelling interest he had in space flight, broke through the music again like an earnest newsman. His likely only audience at that hour was possibly six or so truckers on the lonely northern McKenzie Highway and a few shepherds perhaps. He alerted them to recent developments where the Thiokol engineers had informed the shuttle powers-to-be there could be potential problems with the O-rings that sealed the joints of the shuttle’s rocket boosters. They were vulnerable to failure at low temperatures. 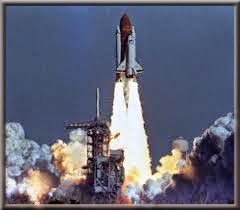 Lucy listened a little more carefully for she knew about cold, its insidious nature and its power to ground human beings utterly. The station had picked up a broadcast coming from California. It offered snatches of conversation from various constituencies responsible for this amazing flight machine. She listened not just to their words, but was struck more by what they weren't saying. She lived in a world of frankness, after all the local farmers were in the same business, knew the same problems and didn't miss anything that happened in the community. To people whose fate rests in the hands of seeing things for what they are, she thought her neighbors could do a lot better job getting to the truth than these engineers, managers and NASA.

The ewe had lain down in her bed and was now breaking water. Lucy left the radio program to attend to her. Already two pointed hooves were pushing out. Aah, she thought, looks straightforward. Maybe I’ll get back to bed. But when the lamb didn't make any progress after ten minutes, Lucy washed up, and proceeded to enter the ewe and see what was wrong.