Let’s Not Be So Certain 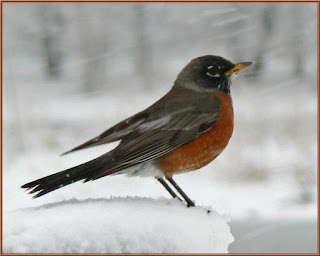 Sometimes a person will grab a glimpse of life which in its commonness and obviousness stuns us. And wouldn’t you know, it’s usually a poet, god bless them. Those creatures of vision that manage to catch an unexpected edge of life, suggesting we not be so certain about what we think we know. Marie Howe, in her poem, ‘What the Living Do’ written in tribute to her brother, Johnny, who died a few years prior of Aids, turns the drear of the ordinary into a moment of unanticipated infatuation:

Johnny, the kitchen sink has been clogged for days, some
utensil probably fell down there.
And the Drano won’t work but smells dangerous, and the
crusty dishes have piled up waiting for the plumber I still haven’t called.
This is the everyday we spoke of.

It’s winter again: the sky’s a deep, headstrong blue, and the
sunlight pours through the open living-room windows
because the heat’s on too high in here and I can’t turn it off.

For weeks now, driving, or dropping a bag of groceries in the
street, the bag breaking, I’ve been thinking:
This is what the living do. And yesterday,
hurrying along those wobbly bricks in the Cambridge sidewalk,
spilling my coffee down my wrist and sleeve,
I thought it again, and again later, when buying a hairbrush:
This is it. Parking. Slamming the car door shut in the cold.
What you called that yearning. What you finally gave up.

We want the spring to come and the
winter to pass. We want
whoever to call or not call, a letter, a kiss—we want more and
more and then more of it.

But there are moments, walking, when I catch a glimpse of
myself in the window glass,
say, the window of the corner video store, and I’m gripped by a
cherishing so deep for my own blowing hair, chapped face,
and unbuttoned coat that I’m speechless:
I am living. I remember you.

It is all too easy to believe we know winter because we’ve seen it for years or that boredom is an appropriate response to day-in, day-out life, or that being in love is time limited or that dreams are for people under 50. We’re comfortable defending inertia’s downward drag, convinced of the impossibility of undoing habits and willing to defend stability over serendipity. Marie Howe would have us remember how it is that against the backdrop of the seeming ordinary the extraordinary can be most easily noticed. So who’s to say in a universe as relative as ours what we should disdain and what we should hallow. For in one short, illuminating moment, say when we wake to the harbingers of spring, robins, standing in fresh January snow, singing for all their worth, we could have our dull yet comfortable certainties shattered by the enchantment of the unfathomable.
Posted by CLC at 11:28 PM