America – Have the Dreams Ended 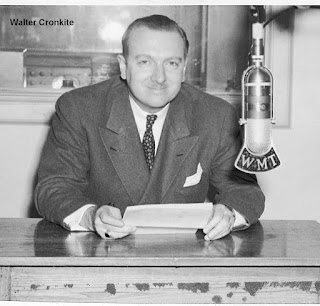 So said Tecumsah, leader of the Shawnee. Who better to understand this quote than the aboriginal peoples of this land? Tecumsah’s words returned to me after watching the poignant documentary, One PM Central Standard Time, a telling look at a period in American history. This film, cleverly structured, wove together the life of Walter Cronkite and John F. Kennedy when their paths irrevocably crossed on November 22, 1963. Cronkite was a king among journalists, the father of the evening news to Americans of several generations. We read him, listened to him on radio, and when television came in around this corner of history, we finally watched him, this epitome of a hard driving newsman set on being the first to voice every story he caught. The movie takes you into the old-time wire rooms where the news was gathered, and lets you relive the challenges with which the news industry dealt having no internet, no cell phones, but only pay phones to relay their stories. It introduces you to newsmen who honored their profession with
their adherence to a code that insisted on confirmation, not innuendo or speculation. At that time, we could trust the voices of the great newsmen, and in that world, Walter Cronkite was top of the mark. Like crawling up into your grandfather’s lap each night, America came to Cronkite for a voice offering the comforting assurance that the truth would be spoken. 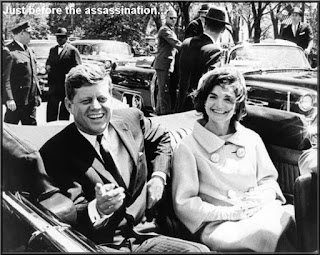 On the other side of the print page of that era was a youthful, charming, handsome man, his intelligent and gracious wife and their young family—the Kennedy's— a symbol of vitality and possibility to which Americans warmly related. Like the sun of a new dawn, here was this president, beginning to reach his stride and take a heretofore inward-looking nation out into the world with a view toward peace and prosperity. We began to experience ourselves as charitable toward and curious about those beyond our boundaries. The love children, the hippie movement, the revolution in music were not agents of this change but an affirmation of the uplifting sense of well-being that existed in the America of those times. Our homegrown values of respect, taking responsibility, keeping one’s word and extending a helping hand were still intact, values that ensured citizens they could better themselves. Values which underpinned hope, created legends and engendered dreams. It was a beautiful time to be an American.

That ended at 1:00 PM Central Standard Time in Dallas, Texas with the assassination of John F. Kennedy, and it placed Walter Cronkite in a moment of great decision. He wanted to be the first to break that news, but the lack of phones made it impossible to track down any voice of authority to confirm the story. The practice was that reporters would go to the nearest pay phone, call into the wire room and instruct the person who answered the phone NOT to hang up, thus keeping the line open for them. But that limited available phones even more. As much as he wanted to be the voice of that historic moment, he would not break the story because it had not yet been officially confirmed. His next challenge was that he couldn’t go live on TV as it took about a half hour to get those old cameras ready. So he delivered a radio-type message transmitted over the TV while the audience stared at a gray screen, listening. His voice echoed through their homes and places of work saying only that it was reported that John Fitzgerald Kennedy died at 1:00 PM Central Standard Time but it was not yet confirmed. He delivered this horrific message clearly and without sentiment. His tears came later.

And so ended an era. News quickly became a commodity that was bought, sold and traded without the ethics of the earlier time. It became a place to reach stardom rather than honor. The country became more deeply entrenched in a war that awakened the bully in American politics, instilling the notion we could rightfully tread onto foreign soil without invitation or a by-your-leave. The values that had retained this great nation’s capacity to re-balance itself when it leaned too far right or left, tottered toward greed rather than compassion, or avowed lies instead of truth began to disappear from the political arena, the newsroom and our families. Taking responsibility for our acts, the fastest way there has ever been to rectify a situation, lost favor as an American choice.

We of that generation saw the legends end with the death of JFK and our dreams end April 4, 1968 when the last great dream speaker this country had, Martin Luther King, Jr., was assassinated. So if Tecumsah was right, and I sense he was, our time of greatness may be over.

Watch One PM Central Standard Time and, in the face of this upcoming election, see what you think.
Posted by CLC at 5:08 PM