The World is not an Easy Place 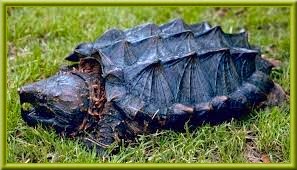 Several Christmases ago, I received one of those gifts that keeps on giving – a full set of Mary Oliver’s works. I still haven’t read them all. That means only there are treasures on the shelf just waiting for me to take them down and be newly awed and inspired. Today, I reached for The Truro Bear and Other Adventures. Not one essay and eleven poems in, Miss Mary caught me again. The poem was entitled “Turtle,” the story line being Ms. Oliver watching the inevitable as a turtle follows a line of soft, new brown teal chicks following their mum around a pond’s edge, while mother duck attempts to get them across the water without harm. When the inevitable becomes reality, Ms. Oliver has this to say:

…my heart will be most mournful
on their account, but listen.
What’s important?
Nothing’s important
except that the great and cruel mystery of the world,
of which this is a part,
not be denied.

Ms. Oliver has grown most wise in her years dedicated to

observing and understanding nature—both that of human beings and the natural world. And her vast talent lets her reveal it on a razor’s edge of poetry which can separate the painful from the poignant without nicking either.

It is a more recent development in my life, this willingness to let the world be, to drop the need to slather everything with meaning such that what lies beneath is used to support my momentary needs rather than disclose its inspired truths. The mystery asks only that we remain open-hearted, and invariably, if we’re willing, it reveals how we can live fulfilled in our day-to-day struggle in a world seemingly more cruel than great.

The end of Ms. Oliver’s story has her finding on a city street in summer:
… a dusty, fouled turtle plodding along—
a snapper—.

She then says she knew what she had to do.

I looked it right in the eyes, and I caught it—
I put it, like a small mountain range,
into a knapsack, and I took it out
of the city, and I let it
down into the dark pond,
into the cool water,
and the light of the lilies,
to live.

That’s the part of the mystery that’s fascinates me the most, noting its subtle, silent resolutions, the unimagined calm that always, I mean always, follows, even in the face of our most distressing struggles. And amazingly, whether we understand or not, we are included in its sweet, enduring comfort.

The world is not always an easy place, but it is never without wonder and, sooner or later, grace.
Posted by CLC at 1:33 PM