A Most Extraordinary Story 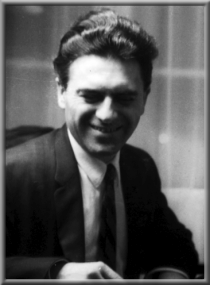 There are some books that present stories that would be impossible to imagine were they not true. And There Was Light is one of those. This is an autobiography of the first 21 years of Jacques Lusseyran, and though it might seem strange to write an autobiography of such a short and usually less than eventful period of one’s life, Jacques Lusseyran’s first 21 years were extraordinary.

Blinded by an accident at 8 years of age, this good-natured young boy never missed a step because of it. In fact, because he could no longer look out toward the world, he became aware of an inner life that is within us all, only he became involved with it and learned from it such that he developed an inner vision and awareness that grew over the years to serve him in all manner of capacities. He offers some of the most vivid descriptions of what he encountered and how he learned to function more fully as a result of it that I have ever read.

Where the book begins to take on epic proportions is when 17 year-old Lusseyran organizes a resistance group in his home country of France, which by then had been taken over by Germany in WW II. He manages to survive prison and 15 months in Buchenwald concentration camp and his descriptions of how he managed that are unlike anything you might have encountered from other survivors of such living hell.

This is not only a story about an unusual man but also one describing the equally amazing consciousness within us all, and what is possible were we to develop it as Lusseyran did. There was no mind numbing sadness in this man, no sense of victim or despair. His played to joy, deep friendship and an abiding optimism, in a life most could not have endured even as a sighted person.

This blind man has something to teach us all about seeing.

Available on Kindle and in Paperback at Amazon