If It Weren't for Dogs and Babies

For your entertainment, a short story to read as you sip your Sunday coffee or tea: 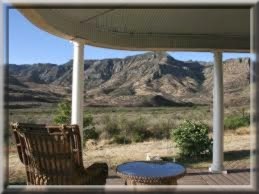 Marley came up the dusty drive faster than usual creating a cloud about him that his sudden stop in front of the house caused to settle back down on his 50’s pick-up, already encrusted with dirt. It wasn’t that he couldn’t afford a current model vehicle. Rather, keeping old relics running spoke to some part of his lack of certainty that life’s supposed progress was indeed heading toward improvement. He jumped out of the cab and walked faster than his usual amble, taking the porch steps two-at-a-time. This was his third trip to Charlie Frances’s empty house in three days; his gut tensed. A scabby looking little beagle lay in front of the door across the small doormat this time. That wasn't there yesterday, he thought. Marley’s eyes narrowed, creasing his brow along well-worn lines. He looked up with a quick right and left glance. There she was seated in the wicker rocker on the shady side of the wraparound porch. Charlie Frances was back.


He took a quick breath in and blew it out audibly to calm himself. He swallowed hard and then walked around the corner and slid quietly onto the glider across from her, oblivious to the dust that had settled on its cushions. He leaned forward, his hands clasped loosely and dangling between his knees. Clearing his throat one more time, he asked, “Heh, where you been, Sunshine?” His voice, though not as steady as he would have liked, was soft and sincere. He waited.

Charlie Frances had been sitting with her head down as if in deep thought. As she lifted it slowly, her eyes rose from his dusty boots, to his callused hands, pausing at his chest, garnering confidence to meet his stare. Gentle and accepting, his expression caused her to smile as sweet as when she was six. It always did.

“Tough couple of days, Marley.” Though she seemed calm, the foot on her crossed leg incessantly beat a soundless rhythm on the air beneath it. Marley remained stone still. “Went up to Sawyerville Monday to that estate auction they have there. Wanted to unload some of those old pieces of furniture the folks left me. They could almost pass for antiques, but I think it’s just junk. That’s my inheritance, Marley, this old place, the junk in it, and of course this goddamned diabetes. She paused offering a response to a question he hadn’t yet asked. “I ran a little short of cash.” She saw his mouth open in protest, but raised her hand like a traffic cop to hush him. “My deceased hubby’s hospital bills and funeral expenses arrived three days back. Five invoices in one day totaling $125,000. It’s not doable, Marley. I can’t fix it any longer, this broken mess I call my life. I figured it finally got the jump on me.” She smiled back at him, her face not so much a picture of defeat but confusion. “So I started scrimping on my insulin and chose lights and water over food and drugs.” The implications weren’t lost on him, and he felt panicky inside. “I was thinking the auction house might spot me an advance, then I’d fill my prescription, but before I got back to my pick-up, I started feeling woozy. In a flash, I was down on the sidewalk, couldn’t talk, couldn’t move.”

She tried to blink back tears but was unsuccessful. Unable to bear what he felt from her words, he moved over by her, and squatted next to her. As gently as his thick, awkward hands could move, he pushed the strands of hair the tears began sticking to her cheeks, back behind her ears.

“Shh, shh, shh, shhhh,” he soothed. Oh if only she weren't so sure she deserved all this suffering, he thought not for the first time. He’d seen those storm clouds gather over her when they were just kids together and then build up through the years. It was her husband’s death, however, that unleashed them into a steady downpour. Not only had he given her a shitty life, but also he’d wiped out any savings they had, dying as slowly and as expensively as he could. There was no doubt in Marley’s mind that it happened just like that.

“How did it all come to this?” she asked. “Who would have thought my life would end lying paralyzed on a sidewalk? I had so many good chances in life, Marley. I made it. I got out. I went to university. Away from these bigots. I thought anyway. But some part of me sure stayed stupid. Maybe it was his title, PhD. and all the seeming prestige of being a professor’s wife. It certainly wasn’t his kindness. But, Marley, I was the one who said yes and married the sod. What accounts for such stupidity, Marley? Mine, I’m talking about.”

He knew she wasn't whining, that her question was sincere, but Marley always felt nervous when she asked such questions. He couldn’t answer them. He wasn’t even sure they had an answer. He just didn’t want her to continue the drumming she’d taken as a child, only now by her own hand. She was different. No question about that, had been from the first day he saw her; and it was to that sweetest of memories he’d drift when she’d ask the hard questions.

They met the day his dad, a local farmer, was taking him to town but had stopped first at Charlie Frances’s home place to see her dad. She was sitting on this same porch, singing to a stray she’d just rescued, a coarse-coated mongrel with cloudy eyes and bones sticking out every which way. She had him in her lap and appeared not to notice his stench or his filth. She was doctoring his sores, digging out the ticks, and singing a song she made up as she went along.

Marley had tried most of his life to understand what happened in the magic of that moment, how it is that love begins. He wasn’t dull-witted. But it was something that hid in his heart away from the prying eyes of reason and logic. He didn’t even get to speak with her that day, and truth be told, he was glad, as absolutely nothing would have come out of his mouth in that moment. But he sensed how different she was, and he began to notice how she never fit in. People labeled her a dreamer, as they couldn’t figure out any other way to describe a child whose interest in the world gave wonderment a whole new meaning. She wasn’t making an acquaintance with the world. It was like she already knew it, and now was only deepening her relationships with it. As a result, she saw things no one else saw. It was hard to explain, for she seemed to live from a totally different frame of reference. The world for her wasn’t subject to object. She was like a baby discovering its toes only to realize they were part of her. She knew the world in that way, each new discovery somehow connected to her and her to everything else. It was people who eluded her grasp, for they kept demanding of her that she see the world from how they thought it was. And to her that seemed down-right silly.

Amid the sweaty practicality of a farming community, her behavior seemed foolish and unproductive. Her innocent need to understand most everything wasn’t valued, but considered instead as haughty, blasphemous even. Only Marley knew her, sensed who she was, and felt the strange energy of life that swirled about her. She created the pounding in his chest, the same thrill of just being alive he got when he’d test himself playing chicken on the river road or taking over the controls on his uncle’s plane. She made him feel whole and useful and more a man he respected. All he ever wanted to do was make it right for her, let her know someone got who she was, and loved her for every inch of it.

“People walked right by me, Marley. Right by me, lying there, helpless. One even made some comment about being drunk in the middle of the day. Even the old street guy, who was sitting there drinking out of a paper bag, moved off a bit as if I was defiling his space as well. The light around me was starting to close off into a cone, and my one thought was, how did I make such a mess of my life? I was sure I’d die on that pavement with nothing but peoples’ judgments being the last words ringing in my ears. I wasn’t in any pain, just losing control of everything. And then it happened, like it was right out of a Disney movie….

Look for Part Two tomorrow to brighten you Monday morning.