If It Weren't for Dogs and Babies - Part 2 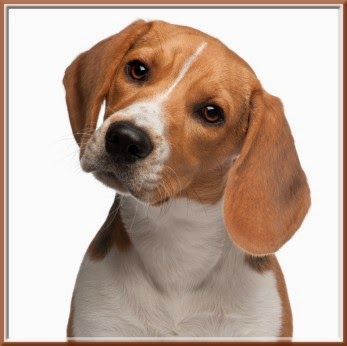 “That old pile of bones over there on the doormat; he came sniffing down the sidewalk.” Charlie Frances’s eyes lit up again as she remembered that moment, and she smiled warmly at Marley. He moved back over to the glider, but sat just on its edge so he could stay within arm’s-reach of her. He smiled back, no less thrilled now by her glow than fifty years ago. The child she’d never lost touch with, reached her hand out toward his face and played her fingers lovingly down over its rough stubble and sun-etched wrinkles.

Then she continued. “That old pup started sniffing at my feet and ran his big, wet nose right up my body until he was licking my face. At first it was gentle, but then he got insistent and licked on me like a mama trying to bring her new offspring to life. When I didn't respond, he started digging at me, but with his little feet, not his claws, like he was saying, ‘get up; get up.’ But I couldn't. When that didn't work, he began to speak Beagle, not barking but baying - LOUD. He didn't quit. He sounded like the hounds of the Baskervilles. A young man sitting in traffic with his car window 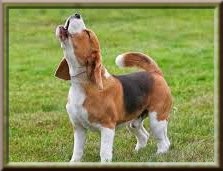 rolled down looked my way. When the little guy felt the man’s attention on him, he turned toward him baying right at him. The man jumped out of his car and, as he came around in front of it, he saw me. He ran up and knelt down, asking if I needed help. When he saw I couldn't speak, he swept me up in his arms and put me in his car. Then he ran back and grabbed the beagle and threw him in too. Off we went to the hospital, and that’s where I've been for the last three days. He never left his name, and, since my vision was so fuzzy, I couldn't even tell you what he looked like. But he left some money and that old dog.” She shuddered at the thought of all that happened, and then smiled half questioningly, half shyly at Marley.

Marley smiled back and said jokingly, “You always knew how to pick ‘em, Sunshine, dogs, that is.”

“When they stabilized me and adjusted my medication, I felt like nothing had happened. They gave me some free samples of what I use and a stern lecture about being less careless. A peach-fuzz faced doctor lecturing me on behavior. I guess they don’t want to deal with reality the way it is these days - that some people can’t afford the medicine that keeps them alive.”

There was no self-pity in her voice, just matter-of-fact reporting. She paused, thoughtfully. “When I was driving home I had this thought.” She looked Marley square in the face. “I do believe that if it weren't for dogs and babies, the cosmos might just flip the switch on gravity for a few minutes, wiggle the earth’s axis a tad, and shake off as many of us as it could, cleaning house, so to speak. We’re not making much headway, Marley. We can’t seem to quit judging each other and admit we’re just plain scared, then nuzzle up to each other, wagging our tails, knowing there’s something good in everyone regardless.”

They continued to stare at each other. Marley broke first. He chuckled. Then he shook his head slowly from side-to-side. He reached across the gap between them and tapped the tip of her nose playfully with his index finger. Her smile widened with each pat until she too broke into a soft chuckle. Shyly she said, “Sometimes it’s just downright embarrassing being me.”

“I think of it as entertaining,” Marley rejoined. “And I think one more thing too. Without sounding judgmental, I’d like to suggest a bath for that dog as I can smell him all the way over here.”

In that moment, as if all the years they knew together shed like hair off a dog in spring, he offered her his hand, and she took it giggling, going off with him like two school kids. It wasn't the first time either of them had walked away from despair, between her ugly marriage and his uglier war; though death this close was a new wrinkle. As she hunted under the sink for a wash tub, clear-minded and comfortable in her skin once again, she heard herself think, Don’t flip the switch just yet. We may have made some headway today, as she reflected on the kindness of that stranger.

On the front porch, the old beagle, with eyes so big and round each looked like a fortune-teller’s crystal ball, watched Marley come toward him and thumped his thick tail against the boards of the porch floor, raising small puffs of dust. Marley squatted down and began rubbing the dog’s bony head, its breath doggy and smelling almost as bad as the rest of him. He slid his hand down what was once a silky flap of ear, now scarred from cuts and tears, and lifted it tenderly, whispering inside it an intimacy meant only for him, “God bless you whoever you are; and whatever you want, you got it.”


Hope you enjoyed this one. I plan to write some more.