A Book that Got Me Thinking 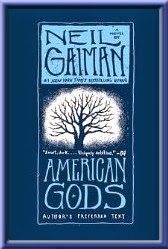 American Gods – now that’s a riveting read for you. It was the title that caught my attention. You wouldn’t normally find me in the stacks of Sci Fi or fantasy. Though, when I realized the title wasn’t intended metaphorically, it was already too late. I was hooked.  The book won awards for science fiction, fantasy and horror, but from my perspective it could also be championed as a sociological exposé, for it gave me insight into something I have always wondered about. Why didn’t America have mythic gods and their fables like every other culture on this planet – gods that brought rain, ones that gifted power, ones that were funny and tricky? I know, I know the Ten Commandments start off with: Thou shall have no other gods before me, but obviously we haven’t listen to that. Instead we went plastic and paper. Credit cards and money became our gods. I mean seriously, is there anything in our culture that we can’t link money to as a solution or salvation? Anything?

Maybe America was programmed from the get-go toward technology rather than the personal touch, wampum instead our word, and fantasy icons rather than Odin’s or Thor’s. Who knows? Written by Neil Gaiman, a Brit, American Gods offers some subtle, discerning reflections about the nature of a culture without its own mythology. And for me it clarified the adolescent quality this culture has retained. It is like we are children without authority figures; self-centered and irreverent, full of can do, affronted by the thought of life like ours elsewhere in the universe.

I have always enjoyed hearing the observations of those from other cultures, for like fish who can’t know water; it is not possible to 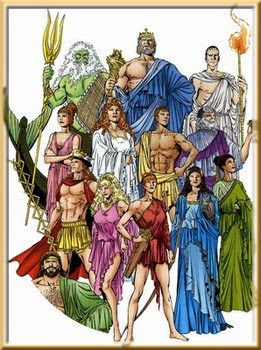 know much about ourselves through the culture that shaped us. Gaiman brings no judgment to his observations, just the sense that though these various worldly gods weren’t exactly there as role models of piety, they could offer magic and momentary reprieve. Maybe that’s why we had such a need for a Hollywood and Disneyworld. They provided respites from anxiety and fear, but not powers of deliverance.

In the East, Buddhism made room for the gods that had already ministered to that part of the world for centuries, for Buddha realized how little mankind had available to alleviate the endless pain and suffering of human existence. He was not about to take a seeming source of solace away from people, but rather offered a Dharma that would make little gods ultimately no longer necessary.

I wonder where that leaves us. No one to bring rain; no one to make peace, and less green in our pocket with each passing year, but plenty of toys to keep us distracted along with Mickey Mouse, and George Clooney or Madonna to fill our dreams.


Novelof Substance and Story
Posted by CLC at 7:14 AM