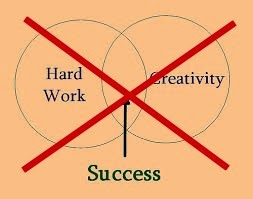 In response to the less than rewarding experiences of a friend’s recent promotion of her new release, I again find myself standing before the question: How do new indie authors establish themselves in an overstuffed market when they have no platform?  So here’s my take on what I call The Realm of Incredible Odds.
There will always be what we call challenges. There will always be what appear to be negative influences, unfair circumstances, unreasonable demands and those with no ear turned toward us. If I've missed one of your favorites, you can add it in here: ____________. Okay, now we have that out of the way. Let’s look at something different.

Both my husband and I have been in The Realm of Incredible Odds at least twice before. Let’s face it. Can you imagine a girl from the east living on a homestead in the far north of Canada caught in the romance of bringing an almost genetically bankrupt breed of sheep into the circle of world grand champion without having ever touched a live sheep before she started?

Or then there was my husband, a boy enchanted with speaking after watching Southern Baptist preachers, but stymied by a shyness that made it almost impossible to say his name to a group of strangers, who went on to become a most successful international professional speaker for over 11 years.

There is a realm that fascinates us with its call of the wild while filling us simultaneously with despair and dread. That’s The Realm of Incredible Odds. It’s always been with us; it always will be. Here are some thoughts for you to ponder on how to operate in it successfully.

The first thing that needs doing is to come to a solid understanding of what you must be to succeed. In the midst of everything pointing to the contrary, both Bert and I needed to see ourselves as the one thing we weren't – a speaker in his case and a shepherdess in mine. Yes we both wanted to be those people, but no facts supported that. So it became apparent that facts, as we understood that word, weren't the answer. What we needed instead was the capacity to become aware of ourselves as that which we wanted to be: a shepherdess who reclaimed a breed of sheep to world class status and a speaker of great success.

The way to this new view of oneself, however, is neither hard work nor mindless affirming or envisioning. It takes a certain sort of action. That action is governed by answering the question: What would you be doing, if you had no doubts that you were a writer capable of producing works of enviable craft and ones that supported you financially.

This is a serious question, not to be quickly sloughed off as old hat. And only you can answer it for you. You see, we inform ourselves of the “facts” of the world on an on-going basis by our thoughts and our actions. You presently engage in a mind-numbing number of thoughts and actions that say just the contrary to your dream. If you don’t believe me, take a serious look at what you tell yourself are your chances in The Realm of Incredible Odds. Then take a look at what behaviors you choose which reinforce those beliefs.

We are conditioned to think that hard work is what it takes to succeed. And that is not to say we don’t invest hours of work in any project that concerns our dreams. But that hard work must relate to the way things actually work in this world, not to activities that represent penance or commerce (I’m owed in proportion to how much I produce). The universe doesn't owe anyone anything. It gives to those open to receive. And that’s the hitch.

I guarantee you, you have no idea at this moment how much of what you think or the manner in which you respond, informs you that you are not worthy of your dreams. The reason for this is that we are conditioned to be able to say one thing while believing another and NOT EVEN NOTICE the contradiction.

If you care to succeed in The Realm of Incredible Odds, then it is also time to open to the notion that the universe doesn't operate in the manner you been taught to believe. It doesn't reward the supposed good and punish the supposed bad. It doesn't even have such categories. It operates by its own laws, and, if you want to succeed under seeming adverse conditions, you need to align with those.

In times that don’t look as difficult as these current ones for writers, the old hard work scenario may misleadingly look like what brings success. That’s only because we find it easier to imagine and believe that we COULD succeed with better odds. But in times that appear on the edge of hopeless, we can’t pull the same results off by simply working harder. That is where our misunderstanding of what truly creates results finally trips us up.

There really are no such things as incredible odds. It only appears that way to our conditioning, the thoughts and actions that are encumbered by knowing ourselves as finite beings. For in fact we are anything but that. Most people, when confronted with these uncommon notions go back to what they know, bang their heads on the wall, work their fingers to the bone and then quietly let their dream slip away. So I ask you, what could it hurt to ponder for a while on these uncommon thoughts about how to succeed as a writer or anything else, for that matter?

Watch for my next blog where I’ll introduce you to a profound American
voice who speaks with great clarity about our conditioning that limits us so.
Posted by CLC at 10:25 AM