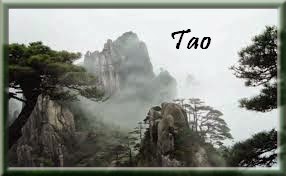 Lin Yutang, a contemporary Chinese writer/philosopher, one of the first to become familiar with the ways of the Western world, wrote that if he wanted a toilet he’d buy American Standard because they work or if he required a tunnel through a mountain, he’d hire an American drilling company for their tunnels actually meet in the middle of the mountain, but if he wanted philosophy, he would turn to the East, for to him Chinese philosophy was more representative of life than that of Western philosophy, thus more useful. Chinese philosophy can appear unsophisticated to a Westerner, its point being primarily to direct people to peace and harmony while recognizing how immaturely we can behave. Whereas Western philosophers, according to Lin Yutang, are people who dive to the bottom of the sea, glory in their profundity but remain in serious danger of downing; they can get so tangled in their ideas.

You see the ancient Chinese language is a conceptual language meaning one that requires the user to conceive or intuit objects of thought. From a western standpoint, we might call it spacious and free-wheeling in that it doesn't demand users to march in straight lines to the rhythm of grammar or tie everything up in time and relationship. It is less like a strict parent and more like a mellow grandmother whose experience has shown her just how much sense children actually have. It is truly the philosophy that can accommodate the seeming conundrum of life – that of being bound up in human form, while pitted against the vastness, the abstraction, the infiniteness of the cosmos.

Our western language, on the other hand, is perceptual. We get our taste of the world through our senses and let our mind interpret that input as fact. We then arrange that information in straight grammatical lines and rigidly specified patterns of subject-object, time and relationships. That’s why for us, when we first sit down to read the classic work of Chinese philosophy, the Tao Te Ching, we read it either like basic rules to live by or something so abstract and tenuous that it eludes us.

The other day, Bert, my husband, found yet another translation of the Tao Te Ching. We have many, but we are always curious. This one by Jonathan Star is a definitive edition by a Westerner who has worked for years to appreciate the Chinese orientation so that his translation would not impair the power and mystical spirit of this timeless work. It’s a beautiful translation and now in my 6th decade the Tao Te Ching is beginning to share its wisdom with me.

We could have lived without modern toilets and drilling through mountains, but I agree with the rest of what Lin Yutang suggested. We can no longer live with any philosophy that doesn't clearly point us toward peace and harmony.