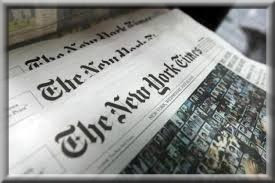 I’ve been around awhile, 70 years now. I’ve experienced my share of the rough and tumble of life. So imagine my surprise when I opened a section of last week’s “New York Times,” stared at the picture, read the copy and wept.

The photo was a full page rendering of the skeletal remains of a large building and the now missing, essentially pulverized, 100 people who were attending a funeral in Yemen - another so-called tactical error of modern war. A camera ad; a news source ad. It read, while you stared at this scene:

in spectacular 360° video
with your own eyes walk through the aftermath of a deadly airstrike in war-torn Yemen where more than 100 people were killed during a funeral reception.

The New York Times is using Samsung Gear 360 cameras to place you in the moment, right at the center of our stories.

Delivered every day straight into your life.

Every voice of Love I’ve ever heard or read, be it that of Jesus the Christ, Mohammad, Buddha, the Advaidic gurus of India, the Yogic sages, and on, has offered the same message: Oneness is the Rule and Truth of the Cosmos. Even our science has now encountered this realization. But human beings still misunderstand, and so it seems to us right and necessary, in the name of security, to view one another with distrust. Living within this ever-growing fear, we are easily manipulated into agreeing with how the world is being presented to us.

Were I asked, I would say that for me the real terror of this age is not what someone might do to me, but what I am doing to myself if I accept this view of life on earth. Forget the so called enemy. What will we have left and who will we be while having it, if we don’t speak a new prayer in our hearts, an intention that we will know what it truly means when we agree to love our neighbor as our self, then hold on to that intention with all our might. And may we never, never underestimate the power of intent when it comes through the human heart.
Posted by CLC at 7:58 AM