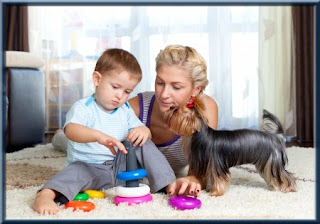 For the last couple of years, I have been watching two areas of life in our society deteriorate markedly. Though they may seem unrelated, I have finally seen the thread that runs through them both. At work in day cares, I, the teachers and aides are watching a marked increase in unruly behavior among pre-school children. On TV, if you watch the Cesar Millan show, you will view family after family beset with seriously unruly dogs. What on earth could be the connection between these two situations? In a nutshell, it is the misunderstanding of the concept: discipline, and with alarming speed; it is creating an environment that is disturbing for all involved.

There are two forms of discipline, one that scolds and humiliates, and one that enables us effectively to reach a chosen goal. One has a punitive flavor and the other an opportunistic one. Unfortunately for North American societies, the one we have most experienced is the punitive version of discipline. We do something deemed wrong by family, church, school or state; and rather than being taught how to do it differently, we are more often just punished for it. Thus early on, we associate discipline with punishment.

The relationship between adults and children is meant to be one of teacher to student, not disciplinarian to miscreant. The same is true for training your puppy. The owner needs to establish himself as pack leader and show the new pack member what is acceptable and what isn’t. Of course this relationship—teacher to learner— is one that requires time, attention and commitment to seeing the student succeed. This is the step that is being most neglected in today’s parenting and today’s dog training. But quickly the behaviors that can appear cute in the very young become onerous and disrespectful. So now we’re at the point where discipline seems in order (since we neglected education when it was called for). And there we are stuck between the rock and a hard place. The child or dog is misbehaving, and yet we don’t want to involve punishment or even say, “no.” We don’t want to be seen as punitive, and we don’t want others to treat our children that way either.

As a result, we have a growing population of children under six that have never been told “no,” and then shown alternative behavior. Teachers and aides now face a large number of 1-5 year-olds that have no, I mean no, notion that certain behaviors are unacceptable and mean-spirited. Nor have they been taught civilized and reasonable responses to the resulting anger, frustration, fatigue and hurt that a child who feels they can do whatever they want soon runs into. I have heard from a growing number of long-term daycare directors with years of experience in childcare that they are now questioning whether they even want to keep on. That is how frustrating this situation is becoming. Between the children, who are deeply hurt by this misunderstanding about the nature of discipline, (how would you feel if no one wanted to be around you?), and the parents who insist that teachers not react to their child’s disruptive behavior (spitting, biting, bashing, whining, crying, willfulness), we are witness to a generation of children who are learning no social skills.

Likewise, on the Cesar Millan program, his time is currently completely occupied by assisting adults to understand how to raise a dog that brings both dog and owner peace and happiness. He educates them to the fact that appropriate discipline is absolutely necessary. You’ll never see him hit a dog, yell at it or hurt it in any way. He understands how to effect discipline appropriately and his results are his proof. But he makes perfectly clear to all concerned, that rules, boundaries and limitations are essential. These are the same concepts necessary when raising healthy, well balanced children.

Worse yet, not only have children ended up with no social skills, but also they have no knowledge of self-discipline. What happens if a child, later in its life, wants to become an outstanding athlete, scholar, creative artist, lose weight, stop smoking, end an annoying habit, adapt to a mate or a much desired job? Without knowledge of and experience with self-discipline, they are lost. Dogs often suffer a worse fate. They are put down. I have seen the beginning stages of this lack of parenting in the “X” generation, and it is a cruel and sorry state they have been left in. But now, we have children who have NO idea that such a notion as self-discipline exists. Parents mistakenly think they are being unkind to their children or dogs if they insist on, to use Cesar Millan’s word: rules, boundaries and limitations. Tell that to your dog when he runs willy-nilly across the street and gets hit by a car as you scream “COME.” Tell that to your child as he or she cries at the drop of a hat, having learned no way to address whatever is causing the child’s sense of discomfort.

To leave your child with no self-discipline is one of the most unloving, unkind things a parent can do to them. To see it easily and first-hand, watch a Cesar Millan show and view the magic that happens in a family for both dog and human beings when the owners come to understand that to create peace and harmony in their homes, rules, boundaries and limitations must be taught in a patient, effective manner. Cesar lets you see this right before your eyes.

There is no real difference between teaching a wordless child and a dog. That’s why watching Cesar Millan is an invaluable experience for parents. Even when children acquire language, they still need to be shown what works and what doesn’t, what’s right and what’s wrong. For as the great Chinese sage Chuang Tzu said, “The only truth a person can live is the one they’ve discovered for themselves.” Words don’t teach social values, demonstration and modeling does. In fact, we wouldn’t need the word “no” if we were committed to correcting an inappropriate response immediately and lovingly while assertively teaching the correct one. That’s what Cesar does and his track record is phenomenal. He is the greatest teacher on the planet today addressing this immense problem. See for yourself.
Posted by CLC at 12:33 PM