The Night the Moon Touched the Ground 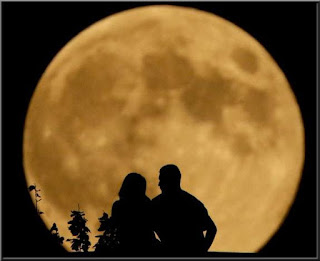 It was just another ordinary fall evening. A friend had been visiting our farm having come up to give us a hand with some renovations before winter set it. She always enjoyed her stays with us, and we enjoyed her skillful carpentry and great company. Living as far north as we did, visitors from our former life down south were rare to non-existent. So Pearl’s 400 plus mile trek to our place in northern Alberta was more than appreciated.

While we kept on with hauling hay and combining grain in the face of fast approaching winter, Pearl refurbished the outside of the old house we lived in. It had been one of the first in the district we’d been told, the living room often used as a courtroom when local behavior deemed such decision making processes necessary. I still remember the first land tax notice we received. The home place acreage where the barn and house were located was worth less than a similarly sized parcel of crop land. I laughed and asked my mate if he thought the home actually lessened the value of that piece of land. It was serviceable but old indeed.

On the particular day in question, Pearl had finished a new set of stairs leading to the closed-in porch. She was testing them out, sitting on the top one having her afternoon coffee and cigarette. Since we didn’t smoke, she never smoked in our house. She was always respectful that way. I had just come in from hauling hay ready to start evening chores. I had a cow to milk, chickens to feed and sheep to bring close in for the coming night before we sat down to eat. The days were already shortening, so I hurried along to get chores done. A beautiful sunset was stretching out across this big sky country in shades of mauve and burnt orange and the air had a nip to it reminding me of what was soon to come.

When supper was over, Fred went out to his shop to work on some equipment repairs, I was separating cream and making butter and Pearl took her coffee out into the brisk evening to once again sit on her new stairs, relax and have a smoke. She had been out there about 20 minutes when all of a sudden, I heard the door open quickly and her whispering voice, tinged with alarm saying, “Christina, come out here – quick.” I was in the middle of washing the separator, but I stopped, and began to dry my hands on a tea towel. Her head poked in the door this time and she was even more insistent. “Hurry!”

There was a definite look of fear in her eyes. I wiped any leftover water on my jeans and jumped into my wellingtons. I came out the door and turned to the east where she pointed. “What is that?” she asked, pointing perhaps 80 yards away toward the end of the barnyard. She was standing behind me as one does when they feel the need for protection. I was standing stock still in awe of what stood before me.

“Pearl” I said over my shoulder, “what are you smoking?” Then I giggled.

She was in no mood for humor. “What is that?” She was dead serious.

Before us sat a huge orange ball. It appeared to be two to three stories tall in diameter. It looked like it was sitting smack on the ground, as if you could walk right up to it and touch it. It was a sight I will remember the rest of my days.

I turned to Pearl who still looked a bit disbelieving and asked, “What did you think it was?”

“A UFO or something.”

I laughed softly and said something about damned city-slickers, and then I gave her a hug. We both laughed like young girls sharing yet another secret of life as we watched it all too quickly begin to seemingly shrink and rise.

I have felt since a child that the great tracts of nature are an ongoing gift to us humans. They stand just at the end of our lanes, just out beyond our back yards or in my case, at that time, just where civilization melts into wilderness; and there they are. In the words of Wallace Stegner:

“Something will have gone out of us as a people if we ever let the remaining wilderness be destroyed ... We simply need that wild country available to us, even if we never do more than drive to its edge and look in.”

And that wild country includes not just what is on the ground with us but the alluring, incalculable vastness of what also lies above us, especially on nights when it appears to have come for a visit.

Here’s what one such “moon visit” looked like in Wellington, New Zealand. Do take a peek.