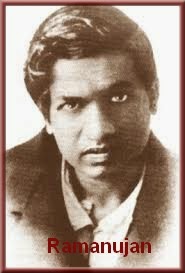 I don’t get much time to read when our business hits its busy season, but I continue to snatch a few moments here and there to read what I am realizing is an amazing story about someone I would never have known existed had it not been for Robert Kanigel and his compelling biography of Srinivasa Ramanujan.

The book is entitled The Man Who Knew Infinity and relates the life of an Indian mathematician who is deemed the greatest mathematician since Newton. With next to no formal education, let alone in pure mathematics, he explored the nature of numbers and their relation to each other and the world with a depth that keeps mathematicians 95 years after his death still working to understand all that he bequeathed them. And yet, Kanigel has presented this story with the intimate grip and wonder of a riveting historical novel.

Ramanujan’s early years were marked by poverty often to the point of his going hungry and suffering a surfeit of failure as he repeatedly flunked out of school, unwilling to finish any courses not related to math. His was the loneliness and misunderstanding that many a prodigy endures, and the depth of understanding shown toward this period of his life by author Kanigel is masterful. As he remarked about Ramanujan’s movement toward recognized genius:

“His success did not come entirely through flashes of inspiration. It was hard work. It was full of false starts. It took time.”

I have not gotten far into what is a substantial book, but I am finding the character of Ramanujan portrayed with discerning sensitivity toward the man, his culture and the unfamiliar domain of genius. As well, for the first time in my life, after struggling through calculus and differential equations years back, I am beginning to understand what math is actually about. Kanigel is an outstanding science writer as well as biographer.

The inspired part of Ramanujan’s story begins when he realizes he must find a situation that takes care of his basic needs but allows him to focus entirely on his work. He begins the search to find employment with only his notebooks tucked under his arm, filled with his equations as a reference. Acquaintance by acquaintance, step by step, after much rejection, a letter sent to Professor G. H. Hardy of Trinity College Cambridge introduced him to someone brilliant enough in his own stead to recognize who Ramanujan was. Ramanujan wrote in his letter to Hardy:

“I have had no university education but I have undergone the ordinary school course. After leaving school I have been employing the spare time at my disposal to work at mathematics. I have not trodden through the conventional regular course which is followed in a university course, but I am striking out a new path for myself. I have made a special investigation of divergent series in general and the results I get are termed by the local mathematicians as 'startling'.”


Quoting K. Srinivasa Rao, "As for his [Ramanujan's] place in the world of Mathematics, we quote ... Hardy's personal ratings of mathematicians ... on the basis of pure talent on a scale from 0 to 100, Hardy gave himself a score of 25, J.E. Littlewood 30, David Hilbert 80 and Ramanujan 100."

It was fortunate for Ramanujan, mathematics and the world at large that G.H. Hardy took the Indian genius in and gave him a chance at productive years of work, for the young wonder lived only 32 years.

Modern applications of his work are affecting areas of science and medicine that did not even exist when Ramanujan was alive. He died in 1920 leaving a legacy of math so advanced that some of it is still not comprehensible to modern mathematicians, though it is still avidly studied.

For a captivating read by an insightful and talented writer, charge 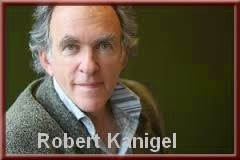 your kindle up (or buy the book) and be ready for many days of insights into the aspirations and struggles of this brilliant man, genius being no assurance of an easy life.
Posted by CLC at 9:11 AM