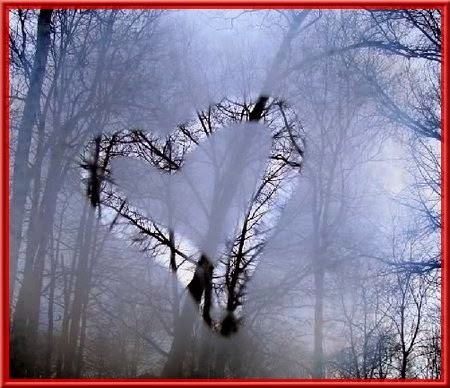 It’s February, what I've always thought of as the turning point of winter. It’s the month where you suddenly notice that the days are getting longer. Somewhere in that month you look up from your work and hear yourself murmur, “It’s five-thirty and it’s still light.”  Then you smile. It’s the month where when I lived in northern Alberta, we agreed that if you made it through February, you could make it through the winter. March could be a bear, but having committed to that view, you took March in your stride.

George Washington and Abraham Lincoln had their beginnings in February, great men through whose integrity and insight our nation was twice saved. Something about that time of the year perhaps, the arrangement of the cosmos, which gives rise to Piscean aptitudes: the mystical, the intuitive, the visionary that we so needed at those two periods in our history.

Nor is it surprising to have the celebration of love in this month for as the sap starts to rise in the natural world around us, within us is the call to renewed attention to that which wells up in us, sensitivity, passion and yearning.

My first winter in Alberta was an experience I've never forgotten. I was aided by the fact that everything was novel to me, and I was in love with my new home. But that winter set a record mark for cold when December started a six week cold snap, 42 days, give or take, below zero. I remember walking to a friend’s home for Christmas Eve supper with the temperature at 55 below zero and a wind chill factor that dropped it to 72 below. But it was a first for me, and I was young and I thrived on adventure. Come February, however, I began to develop a desire to have the scent of life about me, plants, flowers, and fresh, damp dirt. I’d never before stood on frozen ground that long. I lucked upon a tiny greenhouse associated with the university that was open once a week for two hours on Sunday. No one seemed to visit it but me, and I spent each Sunday of the month sitting in its damp air, smelling moist earth and feasting on the flowering cyclamen that filled that tiny glassed-in room. One time another person happened into the greenhouse and saw me there, sitting on a low stone retaining wall my arms wrapped around my knees. Quizzical, he glanced at me, and I said simply, “Smelling dirt.” He smiled knowingly, nodded his head and soon left.

But perhaps my strongest affiliation with this month results from being born in it, and for 69 years having called it home.

Happy February to You
Posted by CLC at 7:36 AM