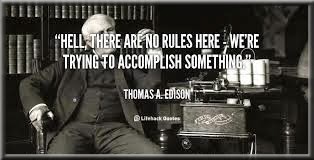 In the modern-day writing idiom, authors are told they require, among other things, story arc and tension. So imagine your surprise if you were to pick up a book where the arc is low and wide and your shoulders never hunch with nervous energy.

There was an author in the mid-20th century whose novels epitomized this style of writing. Nevil Shute went a different direction in attracting people to his stories, for there is an equally fascinating approach in novels where the protagonist is not the object of emotional trauma. Instead, he or she enthralls us in a different manner – by being someone who, at all turns, does the right thing. Deep within us all is an intrigue with rightness. Not to be confused with righteousness, rightness brings out the best in us. The most honorable and integral parts of us surface, and we feel deeply satisfied with who we are and how we are living our lives. We are drawn to that feeling and love being in the company of those who live from rightness, for it engenders humility, integrity and honor.

When Nevil Shute wrote The Pied Piper, he crafted a story whose flattened story arc ran along the war torn roads and byways of France. We read about an elderly man attempting to get back to England before the war makes it impossible. He is accompanied by one child he reticently agrees to take with him in Switzerland, where he starts his journey. He is a man who’s never fathered a child nor raised one, and he is wrapped in the confusion of what to do with the boy, slightly annoyed at being put in this situation, yet concerned for the child who likely won't see his family for years if he can't get home now. The elderly gentleman then picks up several more children along the way, overriding his fear of how he will feed them or find their parents, because it is the right thing to do. That’s the story basically, a small mob of children clinging to an old man, walking. But the rightness of his actions draws a reader to it magnetically, for there is no place a human being would rather be then in the presence of rightness.

We have a contemporary Nevil Shute among us. Bert Carson writes books where his protagonists aren't in gut-wrenching situations, or terrorized or despairing. His protagonists, and 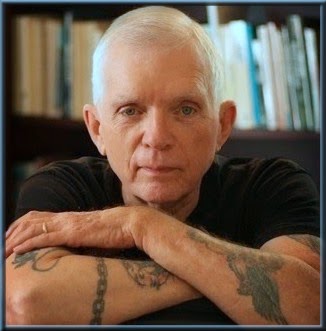 everyone else in his novels for that matter, are men and women- and in his latest novel, a young boy- who do the right thing. His stories wrap the reader in an experience of what it feels like when we are the best we can be. I believe in my heart there is no more deeply held need in us humans than feeling right within ourselves and no greater joy than being among a group of people, real or the characters of a novel, who live from that dictum.

The book I am referring to is The High Road by Bert Carson. It isn't published yet, but you can listen to it as a serial, narrated by the author in a voice perfect for the story. He writes short chapters, so you could listen on the bus, train or in your car going to work and start your day on a high note. You could listen to it with your children and mate in the evening before bed as a lovely family story telling session. After all, this book started when Bert and his twelve-year-old friend, Noah Charif began working together to write it. 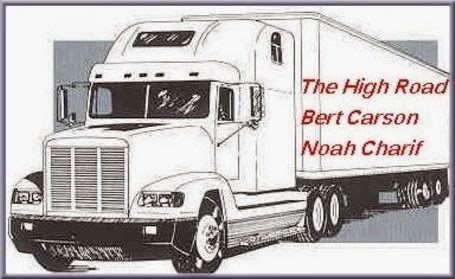 Yes, Bert Carson is my husband, but if you know me, you know I can be disturbingly forthright. I wrote this not out of loyalty, but because someone needed to take the time to place this book high in the priority of readers, or presently listeners, to show that great books don’t necessarily have to follow the rules people say they should. What any memorable book must be first is a product of the integrity rightness spawns. The High Road is a touching story with the capacity to make doing what is right appear desirable, possible, in fact, necessary if we are ever to know the depths of our own goodness.

And while you have his site open, listening, you might notice a piece of software in the right column that ticks off visitations to his blog indicating where the visitor is from and what they are looking at. In the case of The High Road, you get see who is listening along with you, people from Romania, China, Ohio, Italy and places you might never have heard of.

Humanity needs to walk a higher road these days, to know something other than our fears and defeats. Obviously many people are realizing this and have found a man who knows a great deal about doing the right thing, Bert Carson, and he shares what he knows through characters and their stories. Very quickly, you too will wish you had more friends like he introduces you to, people capable and willing to make the family of man a reality. But don’t take my word for it. After all, I’m just his wife. Listen for yourself, listen with your family and then tell others you love to listen too.