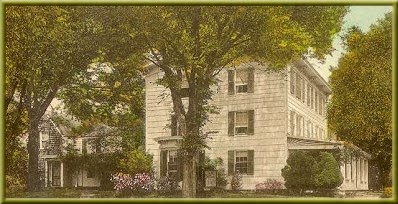 “He could have come to Jesus but instead he come to me.”

Those were the words that Maddie June Stanley said that day offhandedly as I rose to leave. I had been visiting with Maddie June all morning. We’d been talking about old times, her bringing me up to date, since it had been years since our last visit. But now it was time for me to go. We hugged, and I began walking toward the hall when she said what she just said. The words stopped me, and I turned in the doorway of her huge pre-modern kitchen and stared at her. As she spoke, she began sliding a fresh cup of hot, black coffee across the rough-topped, old maple table that served as her version of a work island. She was never one to ask, but it was clear she was asking now. I dropped my purse off my shoulder and sat back down. This woman who had mothered me so graciously years earlier now needed me to give her the attention a good daughter would.

“He was 10 or so, street-weary but road-wise,” she continued. “I cain’t even imagine how that baby boy was out there all by hisself with so many of them government agencies hunting down kids and pickin' ‘em up. When I asked his name, he said Just Max. He meant it just like that–Just Max. And that day started looping me off in a new direction and ain’t never looped me back.”

Maddie June just came to life as she talked about this boy. Her eyes twinkled like I’d never seen. She’d always been warm-hearted, but it was like something was missing from her life. She mothered so many people that it never occurred to me she still wanted a kid of her own. You see, she ran a boarding house in an era when boarding houses were remnants of western movies or what pre-dated hotels in the east ends of most towns and cities. But Maddie June wasn't someone to be dictated to by anyone’s conventions except her own. When her husband got crushed to death at the steel foundry in Bessemer, just outside of Birmingham, she used the one thing she had in this world, a rambling three-story house, and turned it into a place where strangers entered and left as family. That’s the only frame of reference Maddie June has—family. She was a beacon in the dark nights of many a soul, and I suspect that’s how Just Max found her.

I never knew how old Maddie June was. Sometimes it seemed like she just came into the world straight grown up and settled into the slot prepared for her. Aside from a few wrinkles and a bit thinner hair than when we first met, she looked just like she did that day I climbed up her front stairs praying for a new beginning. She was always forthcoming with me and everyone else, for that matter. So when she started telling me her tale about Just Max I had no reason to disbelieve, for I too had found this old house one drippy, cold January morning years ago, and she took me in that day and raised me until I could go it on my own. When I moved away finally, we kept in touch with yearly phone calls until this day when I finally got to visit her after all these years.

She got back to her story. “He was sandy-haired, skinny as a pole, with a face that was mostly eyes – big, wary-looking brown eyes, the color of blackstrap molasses. They looked too old for such a young’un. I spect he’d seen more than his share. The first meal I made ‘em disappeared like he was a hoover; it got vacuumed up so fast. He weren't given to talking like some kids his age who don’t give a body a moment’s peace. If he wasn't eatin’, he just stared straight ahead like he was looking into something I couldn't see. Occasionally he’d sigh.

“I have this little room off the backside of the kitchen here. That one there.” She pointed to a renovation she’d made since I’d lived here. “It was warm in there and caught the east light each morning making it easier to decide to give the day a chance. I coulda used that after Joshua got killed, when deciding whether to git up or not was still an issue. Just Max looked like he too might need some help from Mother Sun to make that choice each day, so I stuck him in there, sorta like a hen tucking her chicks under her wings since I spend most my time in this here kitchen. You know.

“Early on he got useful like he knowed if he started helping me out, I’d be less likely to turf him. I think, as I look back, being turned out was something he knew all too well. Yet, like a young colt, being too fenced in didn't work for him neither. So I just let him make his place in amongst mine, and Just Max and I got real comfortable.”

Maddie June stopped talking as she lit up a cigarette, perched it on the edge of her lips and began making too much noise with her big cleaver de-boning chickens for the stew she was preparing, to be able to talk. I shifted around on that stone-hard chair, trying to get my behind in a place it could stand for the rest of her story. Once she didn't need her focus on the cleaver, she blew a long stream of smoke off her last drag, stubbed the cigarette so she’d be able to re-light it and nodded her head as if she had been seeking agreement with herself and finally got it.

“I don’t sleep far from this back room. You know, just across the hall in what used to be, when Joshua was alive, a workroom of sorts where he built his model ships. That foundry cast ship parts after the war, and Joshua caught the bug. He fell in love with them big boats even though all he ever seen was pictures of ‘em. Some of his models is still out there in the living room. He did real good work. But as I was saying, I was close enough to Just Max’s room to hear all the yelling, then crying then yelling some more that first night he was here. It didn't surprise me. A child that young in his position must a see’d more than he cared to about the world’s mean side. But that first time, I only listened, nothing else, not wanting to butt into his life juss yet. But it was scary, whatever was going on. The next couple of nights it happened again, like he was having a discussion with someone, him yelling, then crying and whimpering like a dog that just been whipped. But after that first week, it all but stopped.

“The days turned into weeks and then into months. Just Max came and went as it suited him. He always checked with me first thing each morning, however, to see what he could help me with. When he took on a bigger job, I’d give him a bit of money so he’d have something in his pocket other than lint. I also found some decent clothes for him at Salvation Army and a warm coat. Winter wasn't too far off.”

Maddie June stopped to refill my coffee cup and hers and set a plate of fresh baked biscuits in front of me. I was thinking of all I’d planned to do on this short holiday I was taking, seeing a few other old friends and eating at my favorite place in Birmingham, but I knew I was needed here. So I relaxed into what felt like was gonna be a long story.

Maddie June took a big swallow of coffee and started again. “Can you believe it, he stayed for four years and everthing went smooth. That boy got under my skin and into my heart like no one I ever knowned.

“Then one day, some man, a Mr. Jackson come to my house, flashed his credentials. He said he was looking for a boy named Peter Stanley. The man was one of them Dick Tracy types, you know. I thought he was going be the truant officer for I never did get that boy to go to school. He seemed to learn what all he needed on his own. So I asked this Mr. Jackson why he was bothering me ‘cause I didn't have no kids of my own and no relatives ‘cepting my dead husband.

“‘Would that husband have been Joshua Stanley?’

“‘Why yes sir, it would. Why you asking? He’s been dead for years.’

“He didn't say no more that day, that Mr. Jackson. Juss nodded his head and said something about checking his records and that maybe he’d be back. When Just Max came in that night I mentioned that a Mr. Jackson had been round to see me. Just Max stopped surveying the fridge like it was the display at the automat and turned slowly to face me. Just Max was fourteen by then but always seemed older than his years. He pulled the chair back from the table and set down on it like he was even older."