A Movie I Won’t Forget

by Christina Carson
Sometimes a movie comes along that should not be missed. Still Mine is one of those. 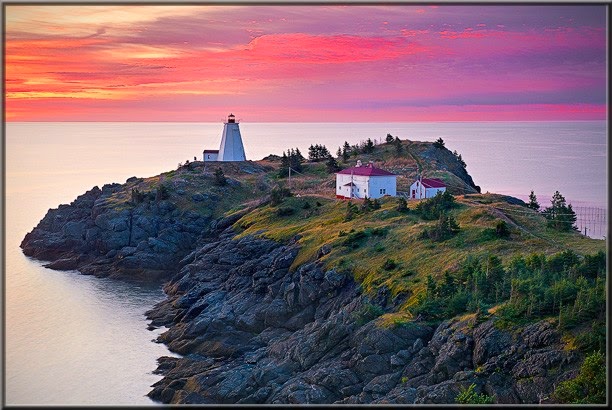 The setting is New Brunswick, a beautiful eastern Canadian province backed up against Maine, capped by Quebec’s Gaspé peninsula, toeing into Nova Scotia while the rest of her faces water, the most notable the Gulf of Saint Lawrence and the Bay of Fundy.

Craig and Irene Morrison [James Cromwell and Genevieve Bujold] are the people who carry us through this story, a couple in their later years who are still very active and love one another with such frank honesty and open-heartedness that not a drop of sap drips onto the script that holds their lines. They own a large tract of land that they and some of their 7 grown children farm. But there is a cloud in their sky when the first signs of dementia appear in Irene.

The theme of this story, however, is not about that sad decline but about the honor a life beholds when we do not compromise our integrity. It’s not that Craig Morrison is a rebel; he just won’t buckle to nonsense, and as he starts to build a new house that will accommodate Irene with her encroaching challenges, he meets up with the worst sort of nonsense - bureaucracy. His attempt at a simple solution becomes grounds for the fight of his life as he runs headlong into the insanity of rules, codes and petty people made seemingly important by a society that has granted them the power to run their lives. Craig and Irene, however, never reneged on taking responsibility for themselves and their lives, and it serves them now especially. With all the hoops he has to jump through, even though he is a master builder, Craig gets stopped dead in his tracks.

It’s a simple plot. That’s not the reason I’m mentioning this movie. What it really has to offer is a view of later life not commonly presented.  Aging is like any other part of life, it becomes the experience you expect. We in America, in particular, have been given a view of this period of our lives which frightens and repels us. We move toward it like the chain-dragging ghosts of Scrooge’s Christmas Eve terror. Craig Morrison does not. His life has indeed become problematic on many levels and at one point, his craggy face gentles as he looks adoringly at his wife of many years and says, “I’m worried our luck’s beginning to run out.”  This is where the movie gifts us with a high truth. Old age is not the problem. It is merely the repository of the unexamined conditions and beliefs we gather through our lives. Craig Morrison’s old age exhibits the power and stout-heartedness that accrue to a life grounded for 89 years in integrity and love. Watching what that looks like as he faces what he must results in a movie depicting the splendor that honor and engagement bring to our lives at any time, and how elder years can even magnify that glow.

Oh, and did I tell you…this is based on a true story.  Watch the trailer and get the DVD. It’s a movie that should not be missed.

Trailer for Still Mine

For those who cannot view the trailer for Still Mine on this blog,
click here
Posted by CLC at 8:55 AM