The Importance of Forgetting 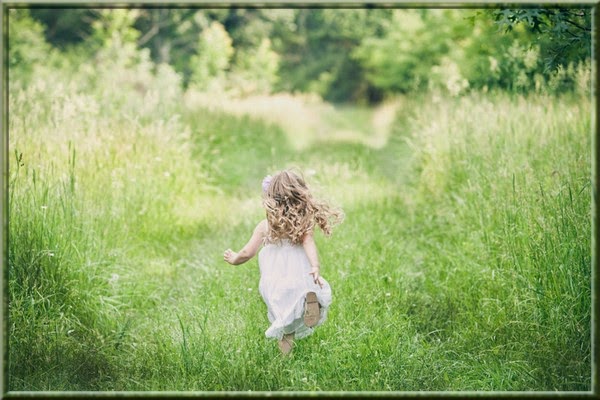 It’s the edge of summer and it always reminds me of that glorious last day of school, when you awoke the next morning knowing you could walk out that door into a world that asked nothing of you but to be back by lunch and later supper. And in the months that followed, you could forget the feel of walls, shouts of “don’t run” in the halls and rooms without window, as the rest of your senses opened to their own beautiful memories of bird song, brook babble and flower scent. You could remember the wind not as a breeze from an air vent but a friend that brought you messages of the world around you. And best of all, you could forget a world made rigid with man’s construction—times tables, drawing between the lines, and sitting still— to return to a world throbbing and real at every turn. I think the forgetting was the most healing part.

Strangely, as adults we find ourselves in the same conundrum as when we were school age kids. You’d think we’d learn. Instead, we confine ourselves now not only by a different set of walls but also a sense of unending duty. Years ago, while sitting with a native about my same age, we talked of his fears, how he wanted, nay, needed to be able to return to his people’s original way of life if he was ever going to be able to rekindle within him a sense of peace and harmony. If he could not live in that manner, free from the modern world’s rigidity of form and regulations, he felt it would be lost to him forever. As he spoke, I could feel the panic arising in me, for I’d told myself that I could find my way back to awareness of our true nature no matter what. To imagine otherwise felt like some cruel trick the universe had played on us. I remember saying to him at the time how that just couldn’t be so, but doubt was now nibbling at my trust.

Years later I understood what he was trying to tell me, however. One must have something in their lives that’s real, thus renewing
— a realm where truth lives and washes you clear of the fabrications you experience inside the walls. Our childhood time spent racing barefoot across the fields, wading in the brooks, looking for what lived in every crack and cranny and making friends with it had a unique value. For only there did we consistently find life without puffery, deception or meanness; only there did we see harmony along with playfulness, simplicity amidst the luxurious beauty. As Mary Oliver remembers in her poem, “Just as the Calendar Began to Say Summer:”


…By fall I had healed somewhat, but was summoned back
to the chalky rooms and the desks, to sit and remember
the way the river kept rolling its pebbles,
the way the wild wrens sang though they hadn’t a penny in the bank,
and the way the flowers were dressed in nothing but light. 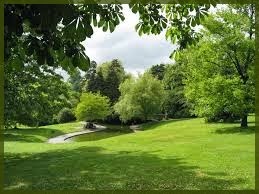 She too knew how we could carry those memories a long way and an even longer time and how they keep us clear about what matters.

Find a pocket of quiet. Slip your shoes and socks off and walk through grass somewhere. Then plop down and sit just listening and watching until your breathing slows and your shoulders drop. What matters then? Forget the rest.

New novel now available on Amazon.
Accidents of Birth Trilogy Summary
The greatest influence in setting the course of anyone’s destiny is the family into which they’re born. What we’re taught to believe, what is asked of us, the burdens we’re given, the lies we share all start there. Through the eyes of an illiterate, Black housekeeper, Imogene Ware, born in 1928 in the post-Civil War enclave of Small Town in rural Mississippi, we get to view the last half of the racially charged, politically divisive 20th century through her eyes. Quirky, gritty and acutely discerning, Miss Imogene fights to save her own children and the white Sutton children in her charge from the happenstance of their births, all the while honoring her mother’s deathbed behest, a mandate to love the world.

Book One: Where It Began
from the Accidents of Birth Trilogy
Book One of the Accidents of Birth Trilogy introduces the protagonist, Imogene Ware, an illiterate Black housekeeper, whose insightful yet quirky nature has her carry on conversations as fluidly with her cart horse, Polly, as she does with God. Having accompanied her mother to the Sutton household since Imogene was 10 years old, she thinks she has learned the job sufficient to carry on when her mother is taken ill and dies. What she didn’t notice in those years of training, however, was that not only must she keep house, but also withstand the tides of the emotional storms that wash through the Sutton family. This first book covers ten years (1956-1966) of Miss Imogene’s initiation into life without her mother and into domestic circumstances she never imagined, all the while watching the world outside the Sutton household being rocked by racial unrest that is now touching even her isolated corner of rural Mississippi.