Meeting with an old Friend

It happened as I sat in a friend’s car waiting for her to return, this unexpected meeting with an old friend. A brightly colored little 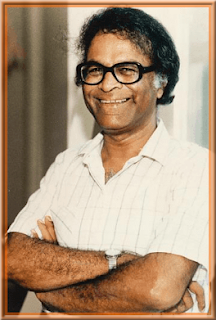 book in that catch-all place beneath the dash caught my eye. When I picked it up, I recognized it immediately. Holding it in my hands made it feel like I had just slipped my arm through an old friend’s and we pulled each other near for a moment, laughing, joyful at this chance meeting. Anthony De Mello, that disruptive Jesuit priest, East Indian born to Italian parents was in my life again.

He started out as so devout a Catholic that some of his brethren felt he was behind in his studies into other religions, and so it went until the day Tony had an experience that, in his own words, revolutionized his life. He met a rickshaw driver in Calcutta who was dying of a painful disease. The man was so poor that he had had to sell his skeleton before he died, and yet the man was filled with interior joy.

Tony said, “I realized I was in the presence of a mystic who had rediscovered life. He was alive; I was dead. He was a man who had reincarnated himself during this life.”

With the fierceness of someone who had seen an actuality he 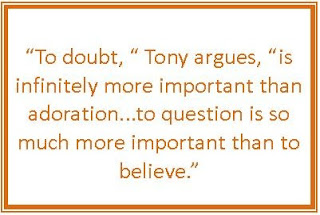 otherwise would not have believed, Anthony De Mello wanted to know more and began to peer into life deeply. What was it that stood between him and that old man? What is it that we do not understand about ourselves that holds us in such small, petty and fearful lives?

As he began to interpret the Christian scriptures through the eyes of the East, more and more people  listened, and Tony’s awareness expanded in a way that opened him to greater understanding. J. Francis Stroud, S.J., who wrote the introduction to the book, The Way to Love, the one I took from under the dash that day, was attracted to Tony’s work when he heard that Tony gave a retreat to sixty fellow Jesuits and spoke to them six hours a day for eight days. J. Francis  remembered saying, “No Jesuit listens to another Jesuit six hours a day for eight days.” And his thought followed, especially some of the Jesuits at that meeting. And so J. Francis was drawn to attend a retreat himself, and his life too moved in a new direction.

Needless to say, Tony did not garner encouragement or praise from the Vatican. In fact, every time we’d hear that De Mello was in Rome, my husband would say, “Sounds like the Pope put De Mello in time-out again.”

By his end, which came suddenly and all too early while remaining for many  under a cloud of doubt as to exactly how he died, Anthony De Mello had probed the depths of human mental conditioning, the programs that hold us in the way of life we know so well. He saw what we must do to free ourselves from this conditioning and then he did it for himself and instructed others as to what he knew.

He wrote his last meditations, The Way to Love, as a Zen-like,

take no prisoners view of what is real and what it not. Taking thirty-one bits of scripture from the Bible, he explains them, from his Eastern orientation, and offers an interpretation which demonstrates how the Bible, like all other great works of esoteric knowledge, spoke to this mental conditioning, this programming that holds us from knowing what in truth we are. It is quite possible you have never heard the Bible explained in this way.

Anthony De Mello makes a fine friend. I encourage you to meet him. See what you think. He also makes this seeming outrageous statement:
“There is not a single moment in your life when you do not have everything you need to be happy.”

Absurd?  Shocking? Or Intriguing?
The Way to Love may help you answer that.