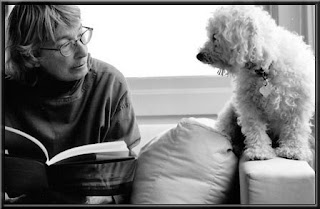 I’ve never been a hero-worshipper or found myself in throngs of squealing fans enthralled with some new star. It wasn’t that I didn’t want heroes; I think it was just having a few too many disappointments rather early on. So imagine my chagrin when I found myself thrilled to receive an autographed copy of a Mary Oliver book for Christmas. I actually gasped. There on the inside cover, right in the middle of the page in black ink from the medium-fine nib of a fountain pen was her name. No fancy script, no curls or flourishes, just basic cursive, completely readable with a dot over the “i” that ran a little to the right, and then a period after the name as if it were the end of a sentence.

I ran my finger across it, slowly, then jumping the gap, I tapped the period. That’s probably as close to Ms. Oliver as I’ll ever get, but it was something, a meeting of sorts, creating substance in that book that went beyond that of her discerning thoughts and penetrating observations.

It has been a treasure to live in her time, share the world she’s seen and experienced. Her poetry and her prose never cease to leave a sustained impression for she is real. Art of the highest caliber takes more than a talent that one is willing to raise to its most skillful level. Art also requires that an artist not back away from life, that they face whatever is dished up to them and stay with it alert, engaged even when the demons howl. Mary Oliver has known blistering poverty, illness, the loss of one she loved for over 40 years and sundry other challenges that rocked her life. But she persisted and remained open and intimate with the world around her.  Emerson once said, “…we only believe as deep as we live.” It is Mary Oliver’s gift to us that she has lived so deeply.

What follows are excerpts from the book she wrote after the loss of Molly Malone Cook, entitled Thirst:

‘When Roses Speak, I Pay Attention’
…And they went on. “Listen,
the heart-shackles are not, as you think,
death, illness, pain,
unrequited hope, not loneliness, but
lassitude, rue, vainglory, fear, anxiety, selfishness.”
The fragrance all the while rising
from their blind bodies, making me spin with joy.

‘A Pretty Song’
From the complications of loving you
I think there is no end or return.
No answer, no coming out of it.
Which is the only way to love, isn’t it?
This isn’t a playground, this is
earth, our heaven, for a while.
Therefore I have given precedence to
all my sudden, sullen, dark moods
that hold you in the center of my world.
And I say to my body: grow thinner still.
And I say to my fingers, type me a pretty song.
And I say to my heart: rave on.

‘Praying’
It doesn’t have to be
the blue iris, it could be
weeds in a vacant lot, or a few
small stones;
Just pay attention, then patch
a few words together and don’t try
to make them elaborate, this isn’t
a contest but the doorway
into thanks, and a silence into which
another voice may speak.

Is it no wonder I would like to be closer to her? But if it is just occasionally running my finger across her name left from her pen in my book, I will be grateful for even that proximity to a being who so astonishes me.