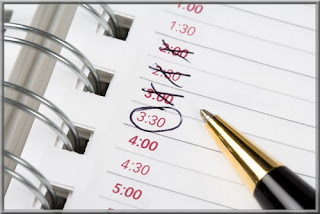 The first time he saw her was in Exam Room #2, sitting on the edge of one of the two chairs in that small boxy space, her legs thrust out in front of her crossed at the ankles, her hands clasped loosely in her lap, her shoulders hunched. She was peering straight ahead, yet even in profile, the intensity of the blue of her eyes caught his attention. He paused in the doorway to stare. They were the color of an October sky when the dust of autumn has finally settled and the air is clean and crisp. She was an older woman, but there was nothing withered or weak about her. His stare appeared to register with her, and she turned her head with deliberateness, stopping when her eyes locked on his. She didn’t speak, she didn’t have to. Her raised eyebrow and the cock of her head said: “Can I help you?” Supposedly, that was his question. He felt momentarily disoriented as he crossed the room to the other chair, which was at his desk. He tapped his fingers on it for a few seconds, but then sat down.

His day had been humdrum. He was beginning to feel more a factory worker than a doctor. An assembly line of aches and pains filled his days. It made him susceptible at this moment, open to play along, and he replied, “I don’t know. Can you?”

Her response came nonchalantly, “That depends. What’s the matter with you?”

He thought his answer would call her bluff. “Well my friends say I’ve gotten too serious, not much fun anymore.”

Instead, she laughed aloud. “You’ll be happy to hear that’s not terminal. There are lots of pills for that, or so I heard.”

He didn’t want to stop the repartee. It broke this increasing tedium of his days, something he’d not imagined about doctoring back in medical school. “What if I didn’t want to take a pill? What would you suggest?”

“Well, that’s the harder option. You'd actually have to do something.”

Her candor was refreshing.

“Get to the root of things.”

“He paused. He wasn’t quite sure what she meant. You mean something like psychoanalysis?”

She rolled her eyes, a sardonic smile on her face.

“No, more like a ditch digger. You pick up the shovel and you start to dig…into yourself.”

A tad unnerved by that response, he contemplated reasserting his control over the situation when she said, “I’ve spent decades being honest with myself. How long have you spent?” She dropped her head and looked at him sideways awaiting his answer.
The room was as still as a stifling summer’s afternoon. He felt her stare now as he studied his appointment book. He saw he had no more appointments for the day, no easy way to get out of this situation except lie. And he knew she’d know. He didn’t know how she’d know, but there was something about her he found both unsettling yet intriguing.  “I lie a lot.”

She nodded slowly, agreeing. “Most everyone does only they have a multitude of more respectable names for it. It’s boring, though, because it insures that nothing meaningful happens between the liar and the lie-ee.” She chucked at her newly invented word.

“You tell the truth.”

His voice gave away his impatience. It turned flat. No longer playful. “Surely you realize there are so many things people don’t want to hear.”

“That’s not the problem. It’s your discomfort at being unable to talk with them truthfully that actually bothers you.”

He felt uneasy. He didn’t know where this was going.

She continued. “You see yourself as the one with the answers. Unfortunately in your line of work there far fewer answers than there are questions, and that’s where the lying begins.”

“So in order to be honest, I need to tell people I don’t know what their ailment is or I do but don’t know how to cure it and leave them with that?”

She felt the irritation in his reply, but ignored it.  “If you remember, I said, ‘Dig.’” Yours is a more taxing profession than say law, because in law, you can play with the ideas that have already been set down in case studies much like a chess game. It’s logical, open to reason and limited only by the need to adhere to black letter law. You, however, are in a field of endeavor that backs into infinity.”

She tucked her feet close to the chair, stretched up, leaned back against it and clasped her hands behind her head. Her red hair glowed in the soft settling light of the late afternoon as it streamed through a high set of windows to the west. Her unblinking stare rested on his face.

“So I suppose you are waiting for me to ask what you mean by being backed up against infinity.” His response was testy. He was ready to be done with this conversation. He had enjoyed its novelty, but it had gone too far.

“First tell me this, for it’s not like I have all the time in the world to spend with fools,” she said. “You’re annoyed. Do you know why?”