On Insightful Question Can Change Everything

Fall was one of my favorite seasons because it meant school would soon start, and I was one of those nerds who loved to learn. Not that I didn't enjoy the seeming endless freedom of summer, for I surely did, but when the days began to cool and the drying leaves left their unique scent in the crisp air, I was ready to go back to school. 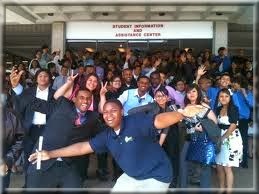 I hadn't ever planned on being a teacher. I preferred being a student, but through some unexpected turns of fate, I found myself in the classroom as a teacher. During my training, I quickly assessed that the public school system and I were at odds. I wasn't built to be a martyr, and my exploratory nature was not exactly appreciated in that one size fits all mentality of public education. So I went on to teach at a community college where I was responsible not only for the curriculum of each course I taught, but also the methodology, and that, my friends, was like dying and going to heaven.

Most teachers want their students to learn and do well, but they are often up against poorly thought-through notions of both curriculum and method. Plus, with today’s eclectic mix of students in a classroom, supposedly done in the name of non-discrimination of some sort or other, we often diminish the effectiveness of the situation to some low common denominator for everyone.

As I went on in my teaching career, involved deeply in this creative line of work, I happened upon an educator from California, who even in 1970 wondered why, in such a litigious society as the United States, parents weren't suing the educational systems for non-performance. From that straight-thinking and bold educator, I learned one of the most effective systems for teaching students I've ever seen. I started out mentally arguing with him when he began the workshop I attended, as I tried to defend what I had always known as education. But he got me with this one stunning question:

If 60% is the pass mark, what was the 40 % that the student didn't need to learn and why was the student determining it?

I sat dumbfounded at such an obvious oversight, and that I had missed it entirely as I, the teacher, blindly trundled down the path I’d taken as a student. His next statement brought audible hoots of discredit from the group, when he then said, “What’s the problem with 100%?”

He didn't mean learn everything in the world. He meant learn everything the curriculum specified. “Why have you made that such an impossible dream?” he asked.
What he did next was present a system whereby that could happen, one that used educational objectives correctly—not as facts to memorize but as direction for what was to be learned and how. By tying each objective to one of the cognitive domains* ( the six ways our brain interacts with data), you would inform the student what it was they were responsible for learning as well as the manner in which they had to be able to interact with it. For example, in my Human Anatomy and Physiology course an objective might read:  Understand the histology of arteries and veins such that you can explain why an artery can snap shut while a vein cannot and the significance of that. Rather than the way I’d learned it: “What are the names of the tissue layers in veins and arteries.”  He had a system that in the process of learning content, the student also learned how to use his powers of cognition - how to think.

Sadly, I was the only one at the school to use his system, but I’m here to tell you, it changed lives. I coupled that system with one that also taught my students how to take personal responsibility for this part of their lives. I had 80 students (ranging in age from 18 to late middle age) in my classes, and I required that they learn 100% of the material. I then set up a system which made that possible.

No, my students didn't initially say, “Oh aren't we fortunate.” They howled. They petitioned my supervisor. They cried. But through it all, I just kept saying we are going to do this and here’s what you’ll learn beyond human anatomy and physiology:

•         How very intelligent you actually are.
•         How capable you are to set goals for yourself and aspire to them successfully. 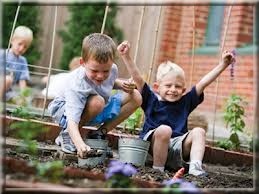 The noise eventually quieted down. They were just very frightened. And in the end, every student made it without lowering any standards. They were amazed at how capable they were and since the greatest percentage of them were single mothers attempting to become RNs and give their children possibilities of a good life, their success meant another generation might be raised in a similar environment making that the legacy education offered, rather than the often dismal and demeaning experience it is for our children.

What I saw was how one intelligent question, honestly answered, could change lives unimaginably. Know any questions like that which haunt or challenge you? Maybe it’s time for you to imagine what answering that question might do for you or those you love.

I write books that speak to such questions:

SUFFER THE LITTLE CHILDREN – What is it we do as parents that drives our children from us?
DYING TO KNOW – Is there not another path to health and well-being?
ACCIDENTS OF BIRTH Trilogy– What is the true nature of unconditional love? (to be published this fall).

I suspect I’ll never stop asking such questions and seeking the change they offer for myself and anyone else who’s willing to walk with me.